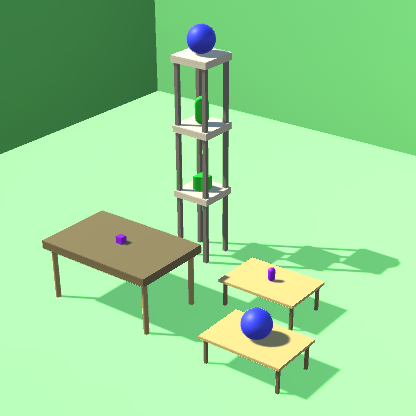 This is an exercise in procedural placement of objects in a 3D space. The goal was to position random pieces of furniture in a random or organized fashion before attempting to place smaller objects on or around them.

Initially, colliders and raycasting were used to prevent overlapping and floating objects. Eventually, most of the placement was done mathematically to cut down on CPU draw and unexpected overlaps. Some of the collision logic survives in the Chaos modes and the random placement of props. 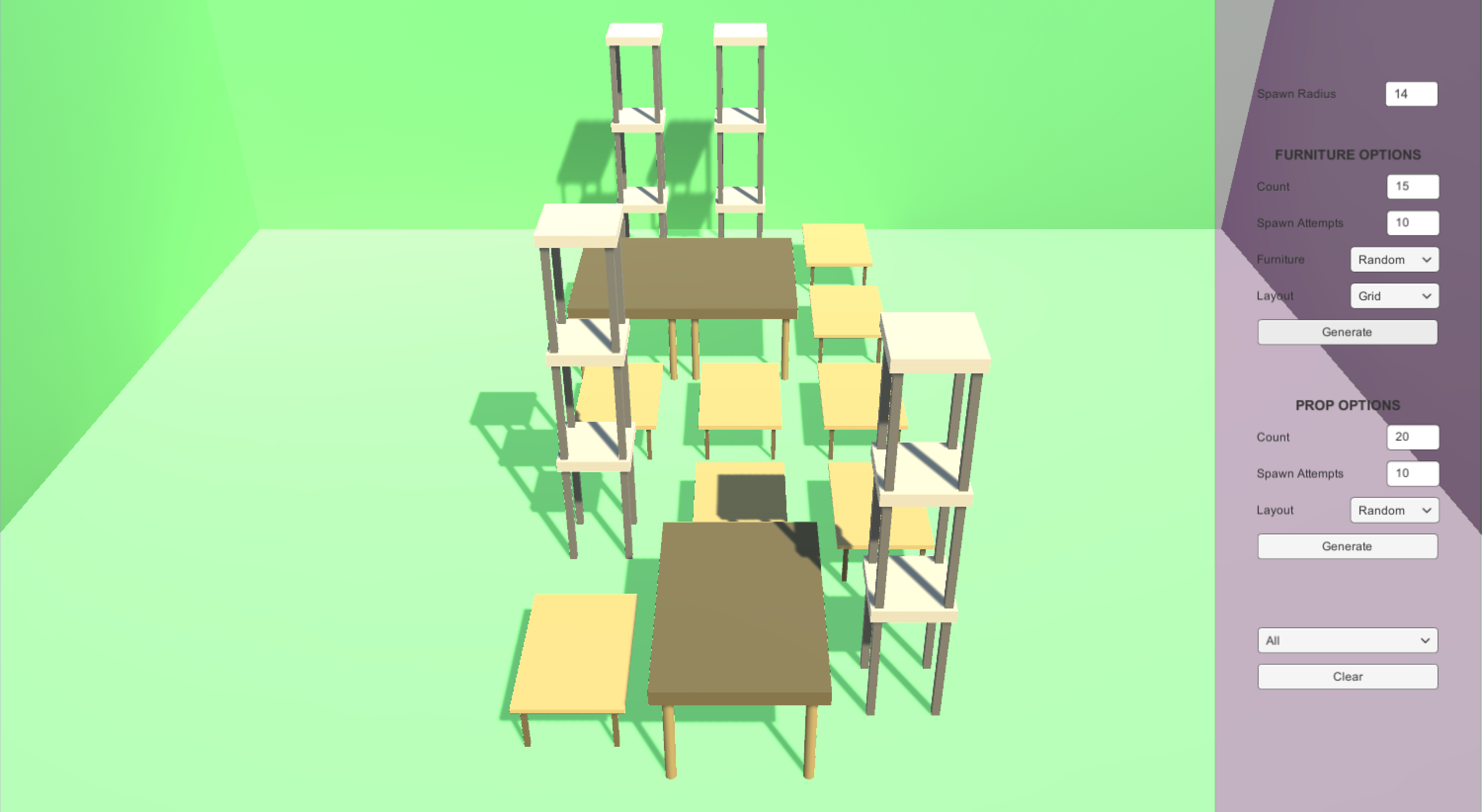 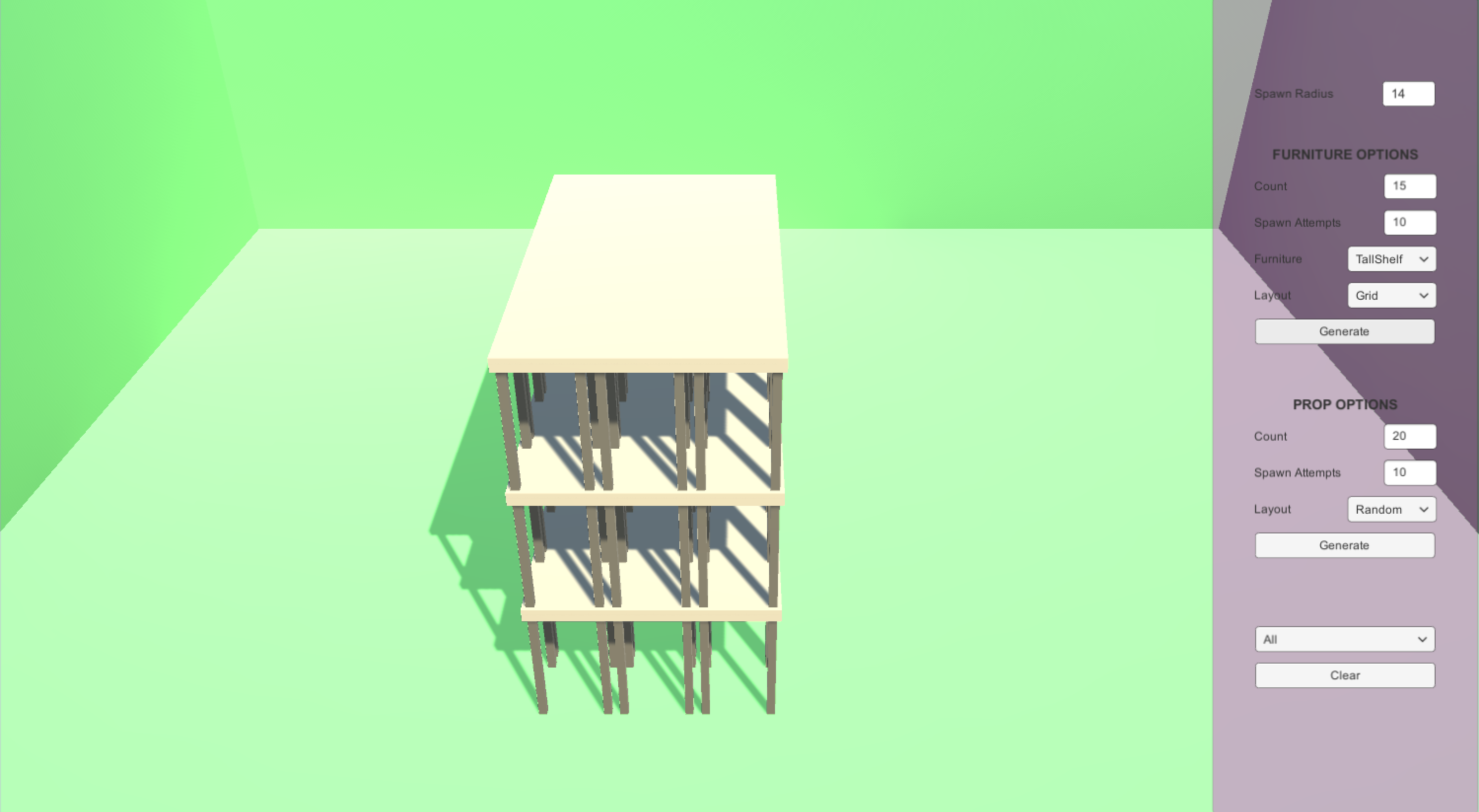 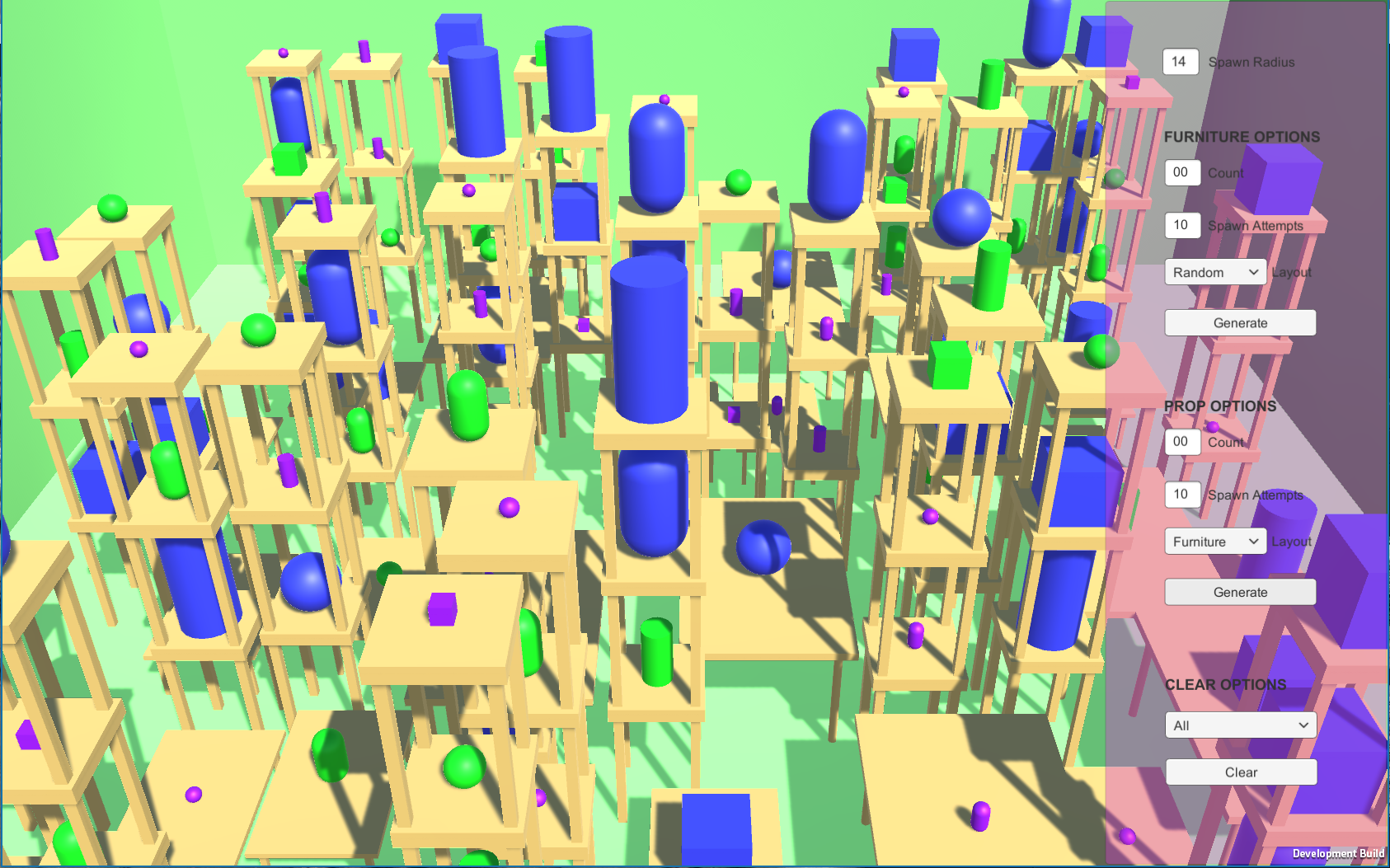 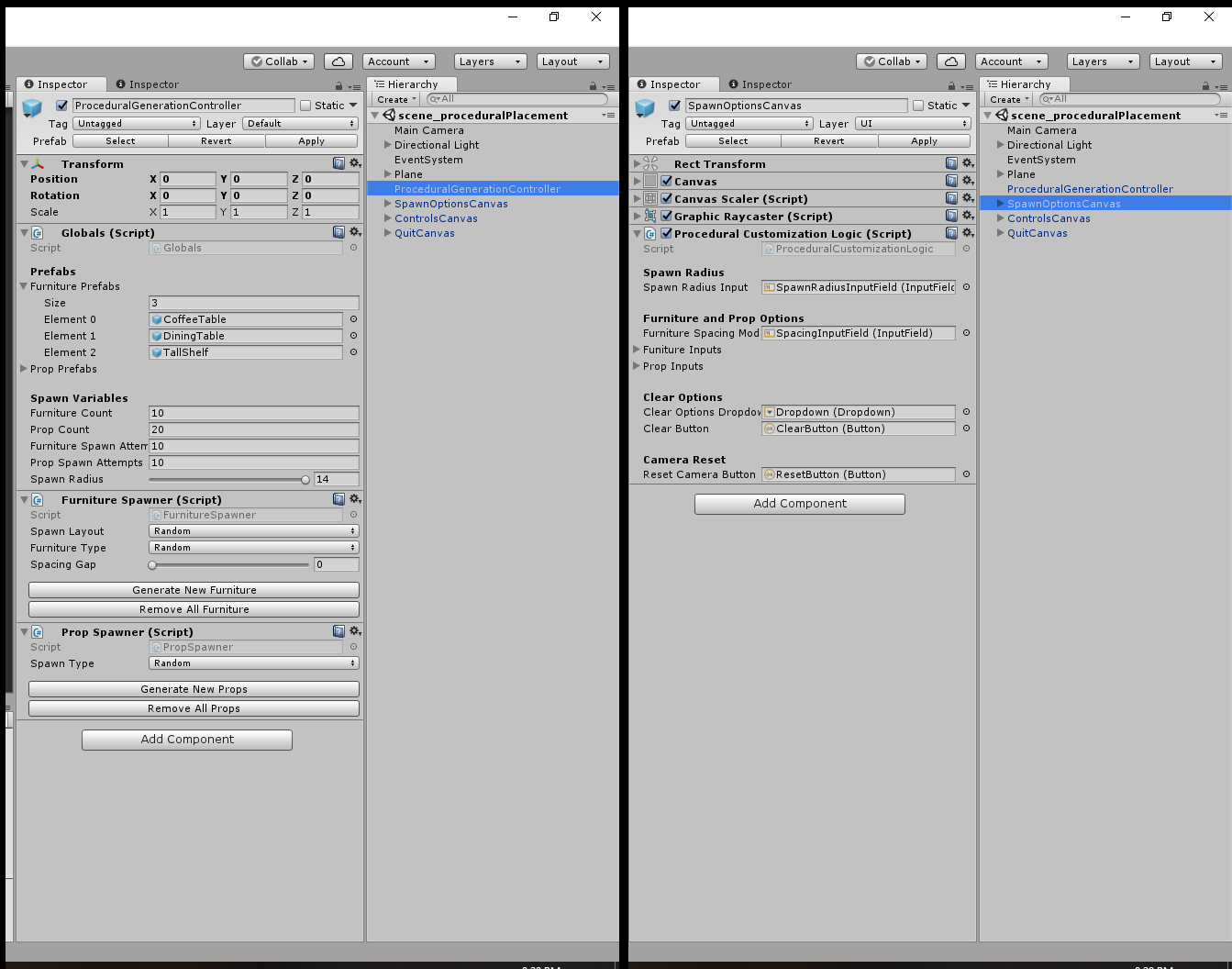