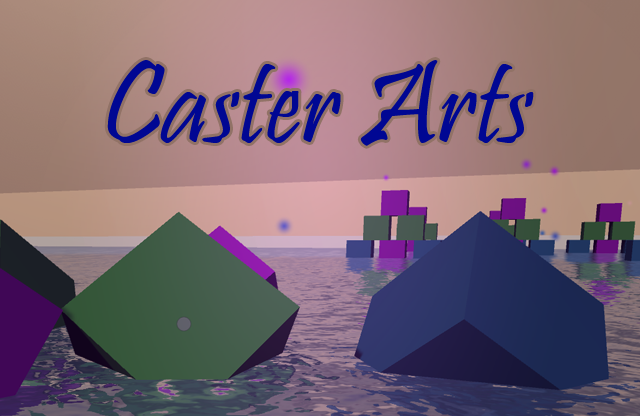 This is a sort of tech demo I did as an undergrad. It was supposed to be for expression but I also wanted something to blow up. Or a lot of somethings to blow up. So I thought, “Let’s make some spells!”

The concept was that you are a student who hasn’t studied for their magic exam and has to experiment with symbols and element combinations to figure out what each combo does. I was focused on the feel of the spells and the functionality of the spell creation. Therefore, there’s no traditional endgame. Players made their own fun, usually trying to see how many things they could summon into the arena at once. Or trying to escape the arena altogether.

If I could go back and change something, it would definitely be the save system and it’s associated UI. It’s not very intuitive and the number one thing that detracted from the experience.